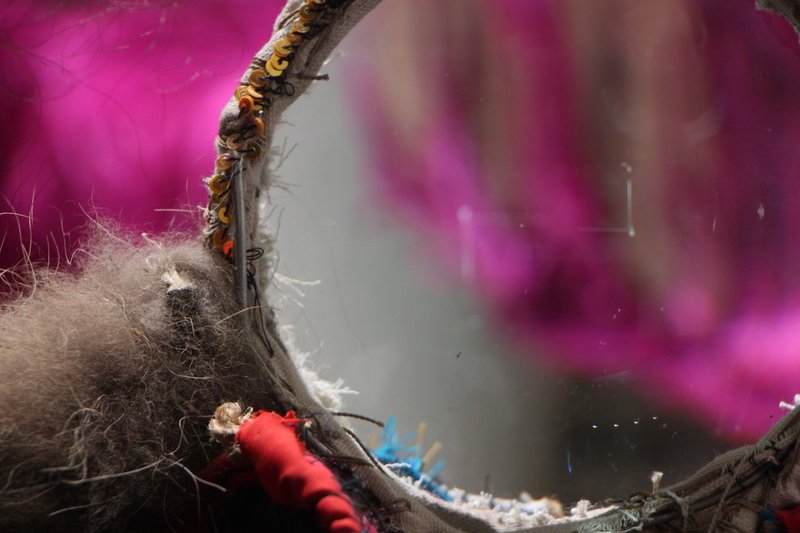 Shine’s new body of work - created as a series of fantasy characters, represents through their amorphousness all the greys along the broad spectrum of gender differences. Deliberately providing through their pre-meditated flamboyance, a brief but much needed respite from any stable act of gender categorization.

Masculinity here is demonstrated as an unstable cluster of fears about effeminacy and repressed homosexual or homosocial desires, rather than the simple opposite of femininity. His figures, through their cross-dressing and role-playing, demonstrate that bodies do not have points of origin and are not stable configurations. Gender is after all, largely a matter of performance and therefore to be understood as a cultural construct, and not as an element of biological reality.

Using elements of the imaginary and daydreams in this sculptural installation, he offers the psyche the experience of openness and novelty as he unsettles binary oppositions. The implicit hierarchy can and has been jumbled up. The images that pepper the work represent subtexts that subvert regular hetero-normative fairytales - A pregnant man. A jungle of phalluses. An immaculate conception. Two men locked in orgiastic embrace while an angelic figure waits his turn.

These unrestrained yet lyrical images set amid a cluster of maddened staring eyes, exposed gums and teeth, fountains of hair, skeletal forms, flowing saliva on a receptacle of tongues, horrified expressions - far from being illustrators of deviance, all illuminate the anxiety at the possibility of being categorized or being subjected to a gaze and judged.

There is no one reading of these works. Nor is their any confirmed correspondence between the signifier and the signified. This sculptural installation keeps meaning-in-motion while tracing the shifting dynamics of conflict-ridden roles. The thrust being to undermine certainties, disorient received “wisdom”, to reveal the logic of Shivan’s heart.