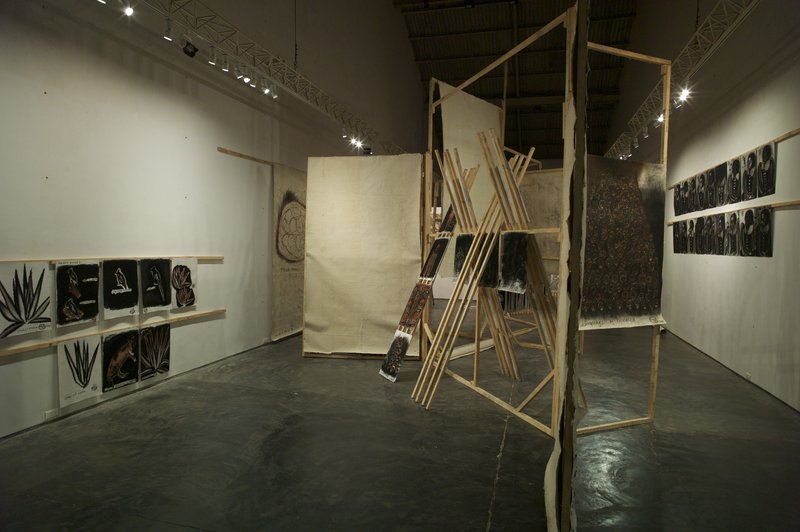 If "Painting is dead" - as was first proclaimed in c. 1839 by French painter Paul Delaroche, it is safe to say that drawing is "deader".

Dating back some 40,000 years to cave painting in pre-history, drawing was popularized as an art form from the 14th century onwards, by master draughtsmen such as - Da Vinci, Durer, Michelangelo, Raphael, all the way to Picasso in the 20th century.

In more recent times, newer mediums such as - video, installation, performance etc. have taken center stage, and the relevance of painting and drawing is being discussed and debated by all and sundry. Can these age-old forms of expression compete with their avant-garde counterparts, when it comes to contemporary art?

Artist Shine Shivan - known as the enfant terrible of the art world, has previously shown sculptures made of animal dung and taxidermy, installations that used fresh bones and other 'icky' materials, and performative videos as well as photographs - where audiences were shocked at the sight of his naked body. In Language of Deceased, he negotiates thousands of years of history. He defies the traditional-medium prejudice, by drawing for seven straight weeks at the gallery.

The creative process is usually shrouded in a veil of mystery. Locked away in the isolation of an artist’s studio, and far removed from the audience that only sees the final outcome in the context of a white cube. We collapse this hierarchy and convert the gallery space into an open studio - where everyone is invited to see this controversial yet hugely gifted artist at work.