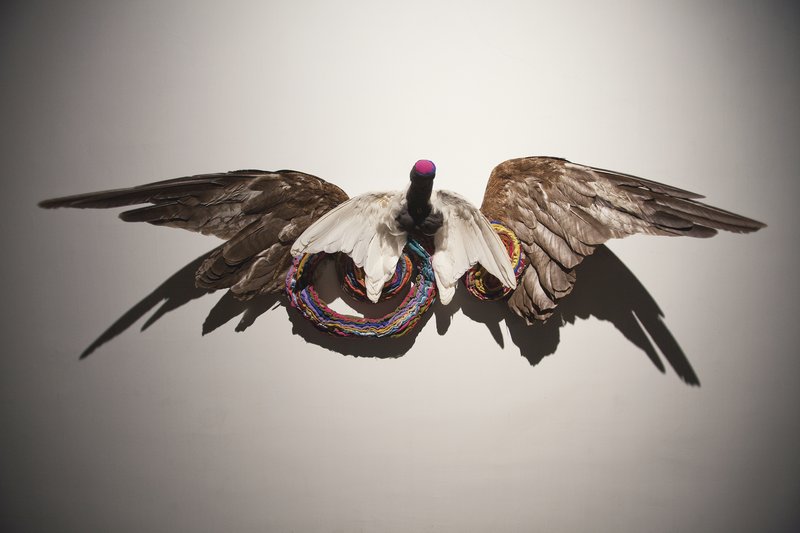 Shine Shivan’s works are semi-autobiographical excavations of the nature of masculinity. Through constructions that are both innovative and inventive, Shivan probes and re-defines the psychological tropes, experiences and roles attached to masculinity.

In his works, gender identity and gender typing emerge neither as biologically determined nor inevitable, but as a result of moment-to-moment interactions with the immediate social environment. Inevitably, a spectrum of representations of masculinity emerges - including works that deal with effeminacy, and homosexual and homosocial desires. Masculinity is not just represented as the “simple” opposite of femininity. For instance, his video, photographic and performance works - especially his Sperm Weaver Series, serve to depict an aggressively male, yet gender-bending homoerotic identity.

Nature is the reference book to which Shivan turns to explore gender conflicts within himself. In nature’s fluidity, he finds as many questions as he does answers. Used Dicks is based on an exploration of the nest-weaving habits of the Baya Weaver bird. Although weaving is socially viewed as a feminine act, in the case of the Baya Weaver bird, these roles are reversed. The male Baya Weaver weaves the “cockswing” shaped nest re-created here by Shivan. The realm of domestic industry is entered into and claimed by the male body, raising questions of whether the notion of fixed social identity is desirable or even tenable.

Although the artistic language in which Shivan expresses himself shifts effortlessly between performance, new-media, photography and sculpture, what is consistent is the visual complexity of the work. Found biological elements and sacred materials are painstakingly stitched and assembled to create works like Empty Spaces Between Desire and Fantasy, constructed of dried palm thorns, dried bottle gourd, dried pumpkin, fabric, and cotton thread. This appears inviting from afar, but when approached takes on a threatening quality.

Another common denominator in Shivan’s work is its psychological and physiological potency. For instance, the larger-than-life, Psycho Phallus is a complex symbolic structure – phallic in form but traditionally constructed by women. Shine further unsettles gender difference by his deliberate role-playing. Although male he erects a storage structure that would typically be prepared by the female.

In Second Hand Pepe, an assemblage of found and used elements, Shivan speaks of the way socialized human beings invent versions of the self – their identities, thoughts and sexualities. Thereby he suggests the instability of gender, implying that it can always be subverted or queered by practices such as drag and cross-dressing.

In representing multiple and changing models of masculinity that undermine all binary oppositions, Shivan’s work acts against perpetuated stereotype, thereby liberating fixed notions of identity from their constraints.